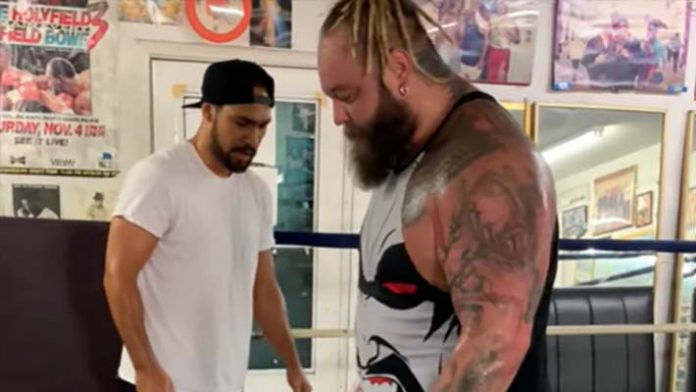 Bray Wyatt (Windham Rotunda), who has been the subject of rumors regarding a possible return to WWE, is shown in recently released footage working out in the gym.

During the dark segments of their shows over the course of the past week, WWE has been playing Jefferson Airplane’s “White Rabbit” while the house lights have been dimmed.

Wyatt was observed working out alongside the former boxing Welterweight World Champion Keith Thurman and his trainer Kaye Wilson.

You can watch the training video below:

Since his defeat to Randy Orton at WrestleMania 37 in April 2021, Wyatt has not competed in a wrestling match. In July of that year, he was released from his contract with WWE.