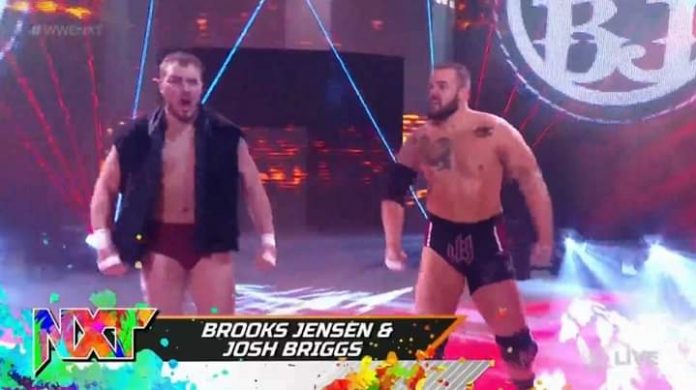 Ben is now going by Brooks Jensen in NXT 2.0. He and Josh Briggs revealed their new tag team in a pre-match promo, apparently working somewhat of a modern day cowboy/western gimmick. They issued a warning to the NXT tag team division, but went on to lose to Imperium’s Fabian Aichner and Marcel Barthel.

Ben is a former high school wrestling star. He signed with WWE as a part of the August Performance Center Class. Briggs was the final EVOLVE Champion and signed with WWE last October. He has been working WWE 205 Live and NXT for a few months.

Brooks Jensen & Josh Briggs are here to take #WWENXT 2.0 to the next level! 💪 pic.twitter.com/8DFRGPvXSq