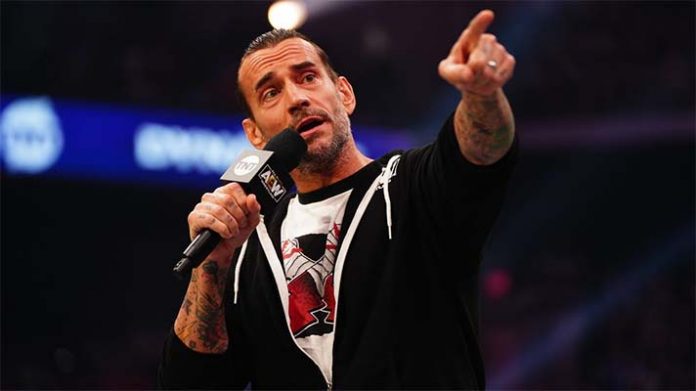 CM Punk announced on Twitter just before the June 3rd, 2022 edition of AEW Rampage that he will be making a “major statement” about his career and the AEW Title.

CM Punk announced during his promo that he is injured and requires surgery. Punk referred to it as a bump and said the following:

“The get back is gonna be bigger than the set back. I’m champion for a reason and I’m going to show exactly why.”

On commentary, Jericho stated that Punk had relinquished the Championship, however it was later clarified that Punk is still the World Champion. On Wednesday’s Dynamite, there will be a battle royal with the winner facing #1 contender Jon Moxley at AEWxNJPW Forbidden Door to crown an interim champion.  When Punk returns, the interim champion will face him.

You can watch CM Punk’s announcement below: