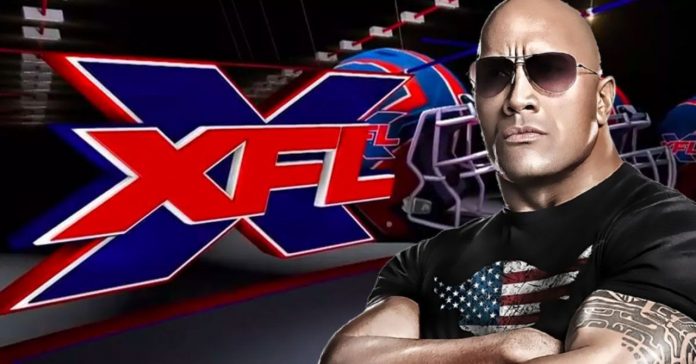 As noted, former WWE Champion The Rock and his business partners are in the process of purchasing Vince McMahon’s XFL football league for $15 million. UFC President Dana White recently spoke with TMZ Sports about The Rock’s latest venture, as seen in the video above. White offered some good advice to his friend, The Great One: get the league up and running fast while there’s still a huge appetite for live sports.

White essentially told TMZ that there’s a major opportunity for the XFL to thrive in 2020 if Rock and his partners can move quickly as COVID-19 continues to threaten the NFL, college football and other major sports leagues. The league found early success in the first 5 weeks of their relaunch season this year, before the negative impact of the coronavirus pandemic forced them to fold for a second time.

White also revealed that he was planning to be a sort of COVID-19 adviser to The Rock and his partners. White and the UFC have continued to successfully promote fights through the COVID-19 outbreak.

“I’m actually gonna call him today and walk him through what I think he needs to do on the COVID side of this thing. And, I have some ideas for him,” White revealed.