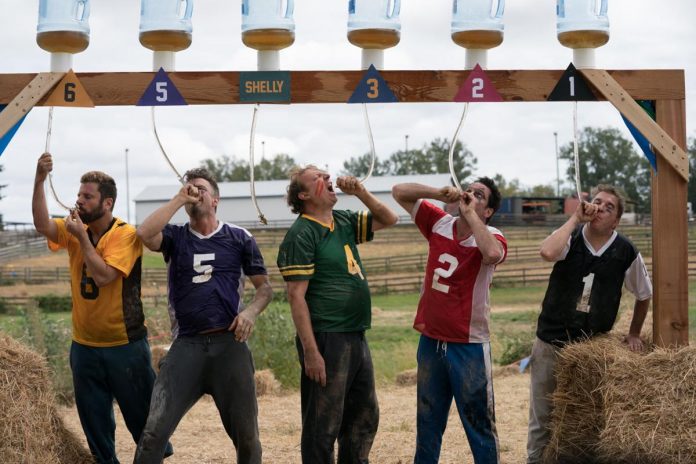 – WWE Studios has released their latest movie – The Buddy Games. The movie can be streamed at this link and found on DVD at a sale price via this link.

The synopsis for the movie reads like this: “Josh Duhamel (Transformers) stars in this wild and hilarious, no-holds-barred comedy. After six lifelong friends have a five year falling out, Bob (Duhamel), aka “The Bobfather”, reunites his pals for the Buddy Games, an insane competition of absurd physical and mental challenges with the chance to win a $150,000 pot. Now all bets are off, as the determined dudes fight, claw, and party for the big bucks in this star-studded bro-fest featuring Dax Shepard (CHiPs), Olivia Munn (Office Christmas Party) and Kevin Dillon (“Entourage”).”

The Buddy Games was originally scheduled to be released in theaters in March of this year, but the COVID-19 prevented that from happening. You can see the trailer below, along with video of co-stars Duhamel and Sheamus at a RAW show on June 26, 2017, promoting the project.