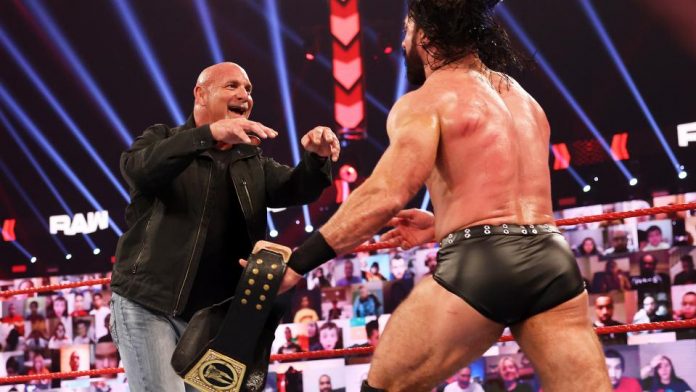 WWE Hall of Famer Bill Goldberg vs. WWE Champion Drew McIntyre is now official for the upcoming Royal Rumble pay-per-view. Goldberg returned to RAW last week and issued the challenge to McIntyre. This week’s show saw McIntyre accept the challenge via pre-recorded message because he’s currently in quarantine due to a positive COVID-19 diagnosis.

The 2021 Royal Rumble pay-per-view will take place on January 31 from the ThunderDome at Tropicana Field in St. Petersburg, Florida. Below is the current card, along with video of McIntyre’s response:

"You don't know anything about being #WWEChampion, do you, Billy?" 😬😬😬@DMcIntyreWWE ACCEPTS @Goldberg's challenge for a match at #RoyalRumble! pic.twitter.com/YMPLwNM9pu