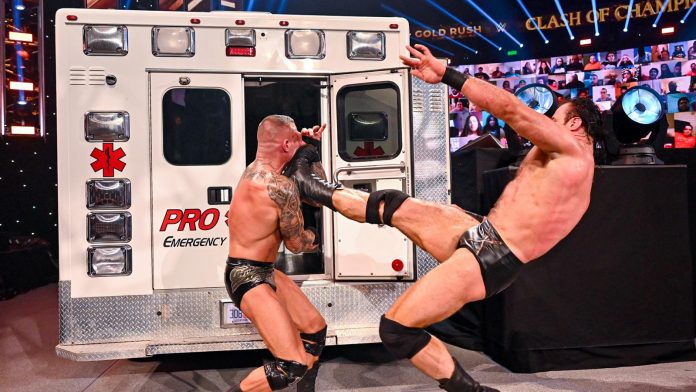 Below is post-Clash of Champions video of WWE Champion Drew McIntyre talking to Alyse Ashton after his Ambulance Match win over Randy Orton, which featured appearances by several WWE Legends.

McIntyre went over some of his battle wounds from the match and remained in high spirits.

“Well, let’s take a tour of my body right now” Drew said when asked how he felt. “I don’t know how it looks back here, kinda stings a little. I went through a windshield, I don’t quite know how my back looks right now. My elbow feels funky, but up here [mind] I feel great and a big smile here, and you know what? I didn’t go to the hospital, and Randy Orton did. So, it was a great night.”