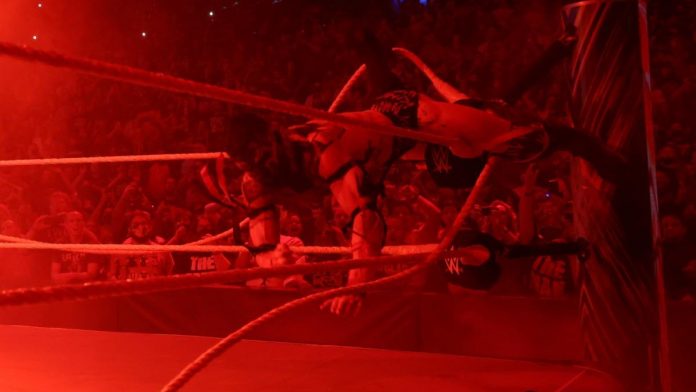 As seen at the 2021 WWE Extreme Rules PPV, “The Demon” Finn Balor went for the Coup De Grace during his WWE Title match against Roman Reigns but the top rope broke. Reigns ended up hitting a spear after that and retained his title.

A fan video has been circulating around social media which shows a cameraman appearing to cut the top rope with a knife on the opposite side of the ring from where Balor was standing. The cameraman was not visible on television and was difficult for fans in attendance to see due to the red lighting.

You can see two clips from the finish below:

i watched the video i took on my phone there, you can see it perfectly in the back corner pic.twitter.com/jdatPSAwzq