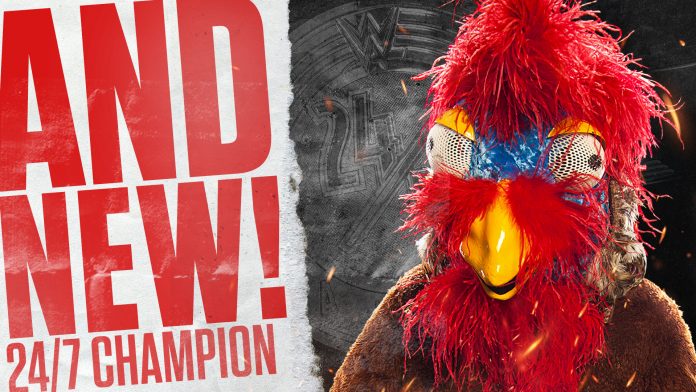 The Gobbledy Gooker is your new WWE 24/7 Champion.

Below are a few shots from tonight’s title change on the Survivor Series Kickoff from the ThunderDome inside the Amway Center in Orlando, Florida:

Ladies and gentlemen, 30 YEARS after debuting …