Disney has released a new trailer for Dwayne “The Rock” Johnson’s “Jungle Cruise” movie. You can see that trailer below, along with a new Drew Struzan-inspired poster. The “Jungle Cruise” movie is based on the iconic Disneyland ride of the same name. Rock will star as the captain of the small riverboat that takes a group through the Amazon. The movie also stars Emily Blunt, Edgar Ramirez, Jack Whitehall, Paul Giamatti, and Jesse Plemons. Disney has been upgrading their theme park ride to coincide with the release of the movie.

“Jungle Cruise” will be released in theaters across the United States and on Disney+ with Premier Access on Friday, July 30.

Johnson and his Seven Bucks Productions is also creating a “Behind The Attraction” documentary series for the movie, which will premiere on Disney+ in the near future. The first season of the series will include 10 one-hour episodes. The doc series will look at the inspiration, background and creation of the top attractions at Disney parks.

Here is the poster & trailer- 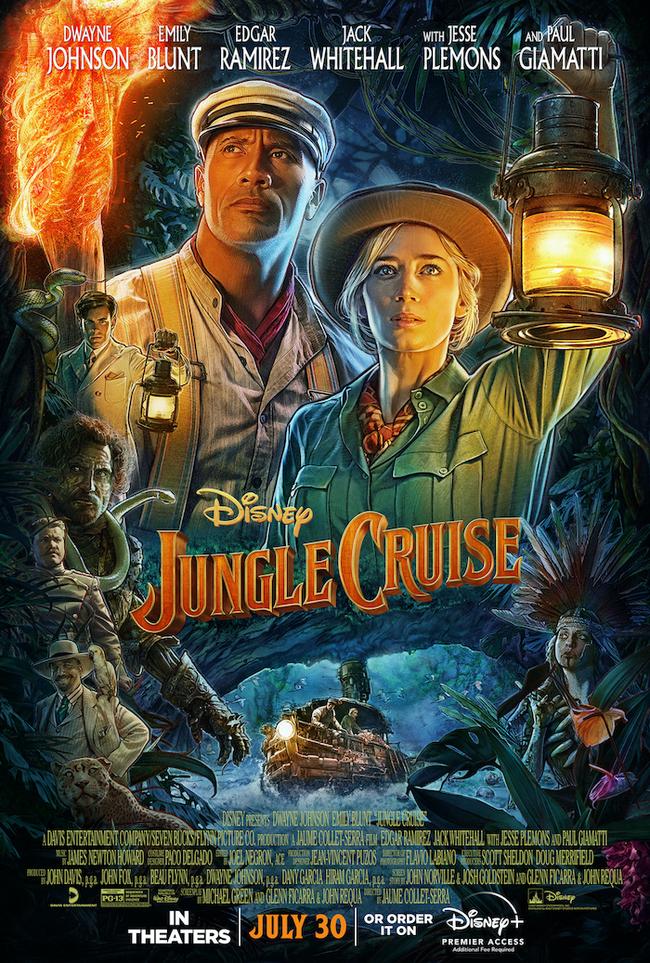