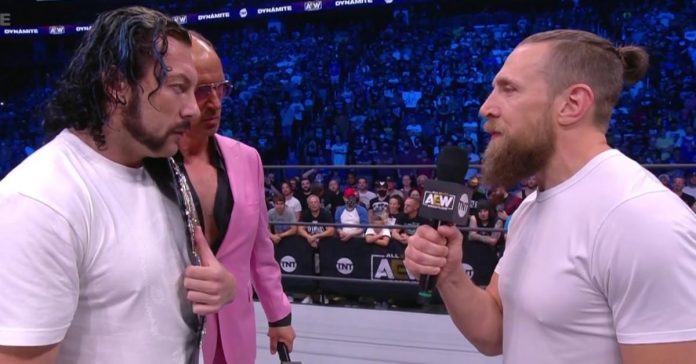 On the September 15th 2021 edition of AEW Dynamite, Bryan Danielson challenged Kenny Omega to a match. Don Callis was against the match taking place but Omega accepted and it was announced for next week’s AEW Dynamite in New York City.

AEW is taping both Dynamite and Rampage next Wednesday at Arthur Ashe Stadium in Queens, NY with the September 24th Rampage being a two-hour show. Here are the matches that were confirmed during Dynamite: