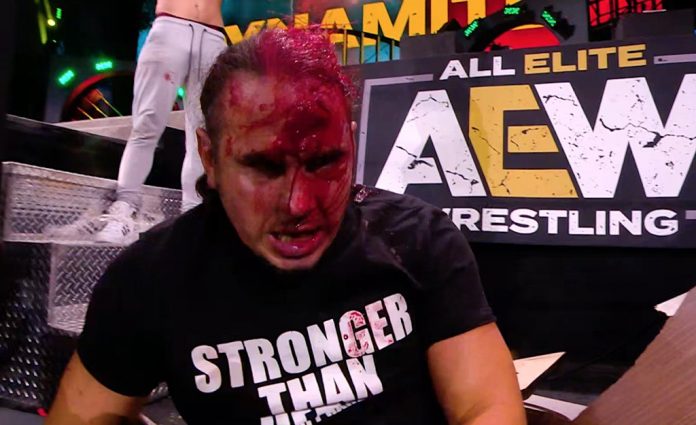 After recently announcing that all of his tweets would be genuine Matt Hardy thoughts and not something made up to go along with one of his gimmicks, Hardy posted this new video to announce his personal policy for Twitter interactions. Hardy says he will no longer interact with the trolls or the people that bring negativity.

“I want to take a second to talk about Twitter. I know I told everyone in the past that you’re not seeing a wrestling character tweet now. I am notorious for doing that in the past, I enjoy doing it just for the entertainment of others, even myself at some points, but from this point going forward, whenever I tweet, whenever I respond, it is going to be as real-life, real-time, Matt Hardy. Authentic Matt Hardy. I would respond to a tweet the way I would respond to someone in a regular conversation in everyday life, and what that means is that the people that come with, like, negative horse-shit or stuff that is incorrect, or if people are talking about something they have absolutely no idea about, or if they’re just trolling, I will not dignify those responses at all, I will not dignify them. I am only going to be responding and interacting with the people that come with constructive criticism, that come with varying opinions, as long as it’s done respectfully. I am totally cool with that, I love a good honest-to-God conversation, especially on Twitter if someone has a varying opinion than I do, and I’m cool with that. So, from this point going forward, I am not going to respond to any trash or any troll, I am only going to be responding and interacting with the people that are here on Twitter, and deserve to be rewarded by tweeting productive, constructive, honest-to-God, fair stuff. That’s it.”

This new video comes after Hardy announced last week that his social media posts would no longer be coming from his “Big Money Matt” character.

If you agree to these terms, put a ☑️ in the mentions. pic.twitter.com/OiF971bETz

You’re not getting tweets from Big Money Matt anymore.