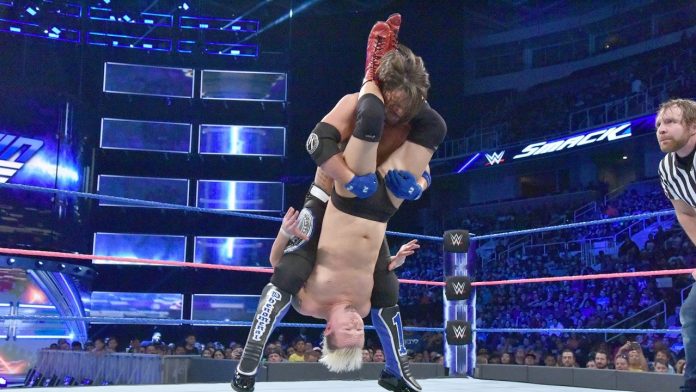 A topic of discussion among wrestling fans for years has been similarities between AJ Styles’ Styles Clash finisher and Michelle McCool’s Faithbreaker finisher. Styles and McCool both appeared on WWE’s The Bump earlier today, and were asked about the moves.

Host Kayla Braxton noted how there are subtle differences between the moves, and Styles agreed. He then explained how he sees the two finishers.

“There is, and I’ll point it out, right to you,” Styles responded to Braxton. “So I think hers is more of a ‘fall flat’ and mine’s a ‘jump up’, and sometimes she grabs at their waist, and I always grab at the legs. So there’s a little difference in the way we do it.”

Braxton then added that both finishers are devastating, and the Superstars agreed.

“There you go,” McCool added.

McCool will return to the ring for Saturday’s 30-Woman Royal Rumble Match, while Styles will compete in the 30-Man Rumble.

Let's address the elephant in the room with @AJStylesOrg & @McCoolMichelleL once and for all!@WWETheBump pic.twitter.com/aMayLbomoe