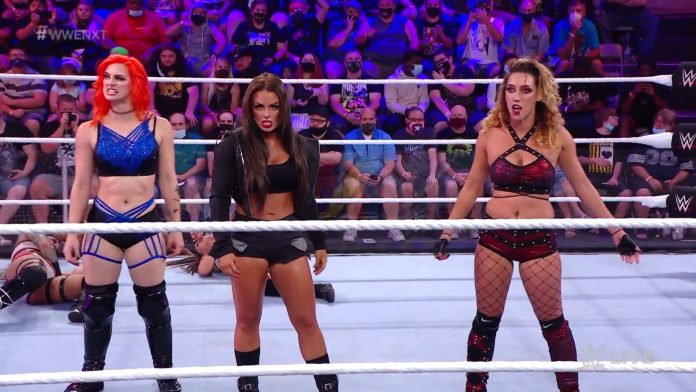 In an update, Samantha Irvin spoke with Rose, Dolin and Jayne after the show and they revealed that “Toxic Attraction” is the name of their new stable. As seen in the video below, Irvin asked about what happened on the show.

“I mean, you saw it out there,” Rose said. “Now that’s how you make a statement. Right, ladies? New NXT, new Mandy Rose, new force to be reckoned with.”

“Your new look looks so good,” Jayne told Rose. She added, “And Toxic Attraction is putting the whole roster on notice.”

Welcome to OUR division🥀✨ https://t.co/LiHlxVV4wH