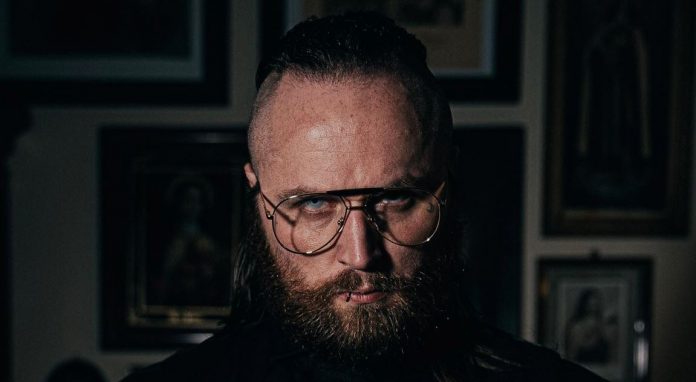 Tonight’s WWE SmackDown saw Aleister Black return with a new vignette. These should build to his upcoming ring return. WWE noted that the segment was a trip inside the mind of Black and the first step at learning the philosophy of “The Dragon.”

“Most people aren’t honest with you, so I’m going to open a vein because I want you to know the truth,” Black said before opening a book called Tales Of The Dark Father and reading from Chapter 1: The Dragon. “I attended many funerals as a child. Father would bring me to these celebrations of life and death. He could deal with me because I was too little to understand, but as I grew older, father became colder and more distant, and that’s when it started to become apparent I was not taught how to defeat The Dragon, I was taught how to become The Dragon, because father was right. I could never be like you weak-minded fools. You gawking at the screen right now, you are the monsters and I am nothing like you, and I would never help you. You are the ones who reveal the true rotten nature of man, with your lies and your deceit, you transform your own children into bigger monsters than you are. What you do is vile, and it should be condemned. Like rotting corpses you should be scorched from the Earth to make room for more fertile things.”

Black tweeted the following after the segment aired- “Let’s cut the weeds, sing our songs and let me tell you a story riddled in sins. You will know me, you will know him. You will dance with me in the abyss.”

Black has not wrestled since losing a No DQ Match to Kevin Owens on the 10/12/2020 RAW. He was drafted to SmackDown that same night but has been away since then.

Let’s cut the weeds, sing our songs and let me tell you a story riddled in sins. You will know me, you will know him. You will dance with me in the abyss. pic.twitter.com/1nNxmvNjk7