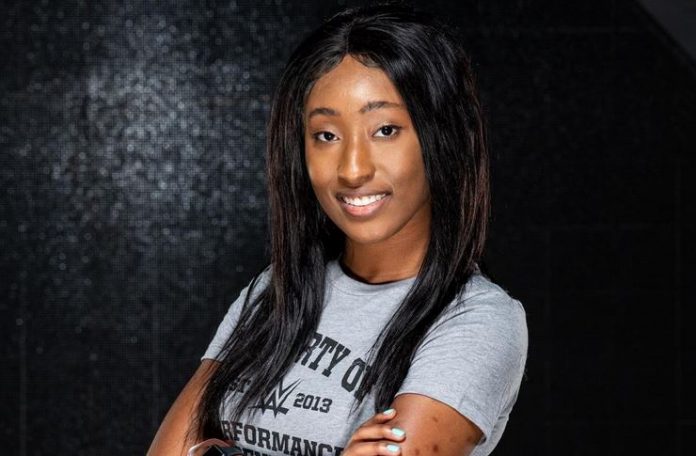 NXT newcomer Amari Miller made her debut on this week’s “Takeover: In Your House” go-home show. This week’s NXT episode saw Mercedes Martinez come to the ring for a singles match against Miller. Xia Li attacked Martinez before the match to soften her up for their Takeover match on Sunday. Martinez fought Li off and ordered the referee to start the match she came out for. She then squashed Miller with just a few moves, pinning her to get the win.

Miller was formerly known as Camron Clay, Camron Connors and Camron Bra’Nae. The “Amari Miller” name is new as she had been listed on the WWE Performance Center roster as “Camron Clay” as recent as Tuesday night. Miller was signed in the same late February WWE Performance Center Class that included several top recruits – Trey Baxter, Carmelo Hayes, Franky Monet, LA Knight, Parker Boudreaux, Bronson Rechsteiner, Zoey Stark, Gigi Dolin, Asher Hale, Cora Jade, and others. She has been wrestling for 4-5 years and previously worked for EVOLVE, WWN Live and other indie promotions. She also worked the October 25, 2019 SmackDown episode as an enhancement talent, losing to Lacey Evans.

Miller took to Twitter after the show and wrote, “Did this just happen today! Oh my gosh @WWENXT”

She then thanked NXT and her good friend, Zayda Ramier, who was signed in that same WWE Performance Center Class. “When @ZaydaRamierWWE gives u a little shove of confidence for you to walk out to the WWE universe for the first time! Thank you @WWENXT and of course thanks Zayda(my wrestling sister) [red heart emoji] [smiling face hearts emoji] [red heart emoji],” Miller wrote on Twitter.

Miller also posted a quick note to her Instagram Stories, writing, “Everything just keeps getting better and better thank you @wwenxt”

When @ZaydaRamierWWE gives u a little shove of confidence for you to walk out to the WWE universe for the first time!
Thank you @WWENXT and of course thanks Zayda(my wrestling sister)❤️🥰❤️

Did this just happen today! Oh my gosh @WWENXT pic.twitter.com/9RNRtSOxjJ