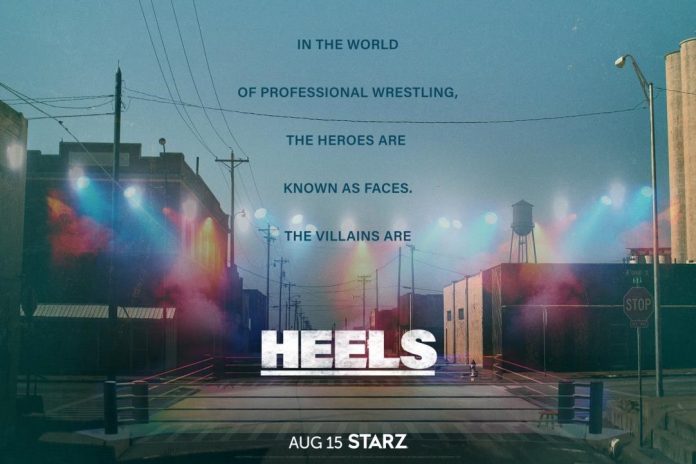 Starz has released the official trailer for the upcoming “Heels” pro wrestling drama, which premieres on Sunday, August 15. You can watch the 2:45 trailer below.

“Heels” stars Stephen Amell as Jack Spade, Alexander Ludwig as Ace Spade, Alison Luff as Staci Spade, Chris Bauer as Wild Bill Hancock, Allen Maldonado as Rooster Robbins, former NFL player James Harrison as Apocalypse, Kelli Berglund as Crystal Tyler, Mary McCormack as Willie, David James Elliott as Tom Spade, Duke Roberts as Big Jim, among others. Former WWE Champion CM Punk appears in at least one episode, as a heel wrestler named Ricky Rabies. His valet, Vicky Rabies, is played by Bonnie Somerville. Punk noted on Twitter earlier this year that he wrestles Harrison’s Apocalypse character in a mach on the show. Punk’s character will also serve as a rival to one of the brothers.

“Heels” follows the two brothers, Jack (Amell) and Ace (Ludwig), as they fight in the ring and out of the ring for their the Georgia-based pro wrestling promotion that their father left them when he passed away. The series focuses on their struggles on-camera and behind-the-scenes. The name of the main promotion is Duffy Wrestling League or DWL. One of the storylines has DWL competing with a hardcore promotion named Florida Wrestling Dystopia, or FWD.

Wrestling veteran and stuntman Luke Hawx served as the wrestling coordinator for the show, while several other wrestlers such as Impact World Tag Team Champion Doc Gallows, Stevie Richards, Perry Hawx, J Spade, and others have filmed for the show. WWE Hall of Famer Mick Foley was also on set and may have filmed for the show. The show began filming in Georgia in August 2020 and wrapped earlier this year. The first season will feature 8 one-hour episodes. The series was created by writer & producer Michael Waldron, who is known for his work on Rick & Morty, Loki, and other projects. Peter Segal has directed all 8 episodes, while Jessica Lowrey helped direct 2 of those episodes.

The official promotional synopsis for the series reads like this: “Set in a tightly-knit Georgia community and telling the story of two brothers (played by Amell and Ludwig) chasing their dreams of becoming professional wrestlers and the people in their orbit, Heels is a gripping drama that tells the story of small town America like nothing else. Hear them discuss the making of the show — their intensive training, blurring the line between heroes and villains (or “heels,” as they’re called in the wrestling world), stories from behind the scenes, and more.”

The 92nd Street Y in New York City will host the world premiere screening of the show on Thursday, July 29. Ticket information can be found at this link with in-person tickets starting at $10. After the screening, Amell, Ludwig, Luff, Harrison and executive producer Mike O’Malley will participate in an in-depth conversation about the show.

Make them love you, or make them love hating you. #HeelsSTARZ premieres August 15 on STARZ. https://t.co/AHZDRIfyzl pic.twitter.com/KHjEH6eo8E 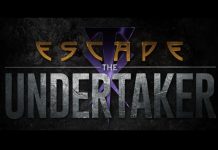 Video: Trailer For “Escape The Undertaker” Interactive Movie From WWE/Netflix

Video: The Miz Debuts On “Dancing With The Stars”