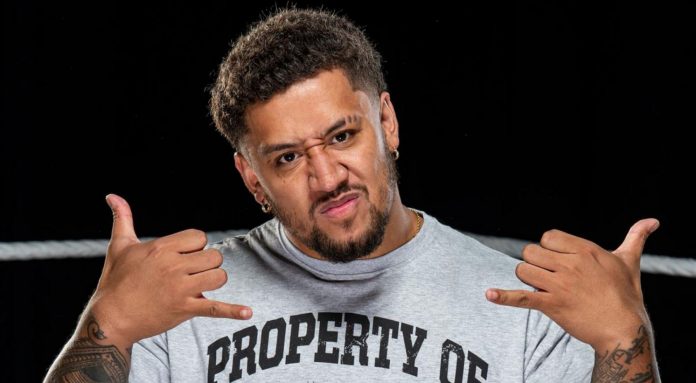 “You won’t find my wins and losses in any record books, those live on the streets. I was left to fight alone when I was 15 years old, and that’s when I became Solo Sikoa. Street Champion, of the Island,” Sikoa said in the vignette.

Sikoa is the younger brother to SmackDown Tag Team Champions The Usos, and the younger son of WWE Hall of Famer Rikishi. Signed by WWE as a part of the August Performance Center Class and previously known as Joseph “Sefa” Fatu, Sikoa previously began training at his father’s KnokX Pro Wrestling promotion in California back in 2018. He has worked for multiple indie promotions, and used “The Problem” as his nickname before signing with WWE. The 6-foot-2, 240-pound wrestler also played college football.

There’s no word on when Sikoa will make his official debut, but we will keep you updated.