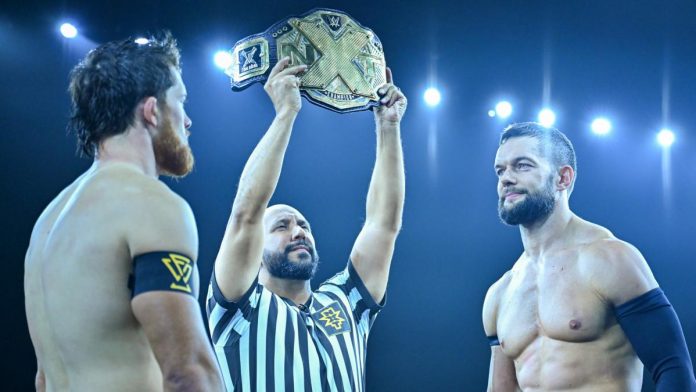 Below is the latest WWE NXT Injury Report video with Matt Camp, featuring updates on NXT Superstars from this week’s episode. The following injuries were announced coming out of this week’s NXT episode on the USA Network, which are usually part of the storylines for the most part:

* NXT Champion Finn Balor and Kyle O’Reilly are not medically cleared to compete after the “Takeover: 31” main event on Sunday. Balor suffered a broken jaw in two places after taking a knee strike from O’Reilly. He also suffered oral lacerations. Balor is currently on a liquid-only diet. O’Reilly suffered contusions and a swollen liver as a result of a kick from Balor

* Dakota Kai suffered back and neck pain, and is not medically cleared after last night’s main event, which saw Ember Moon and Rhea Ripley defeat Kai and Raquel Gonzalez