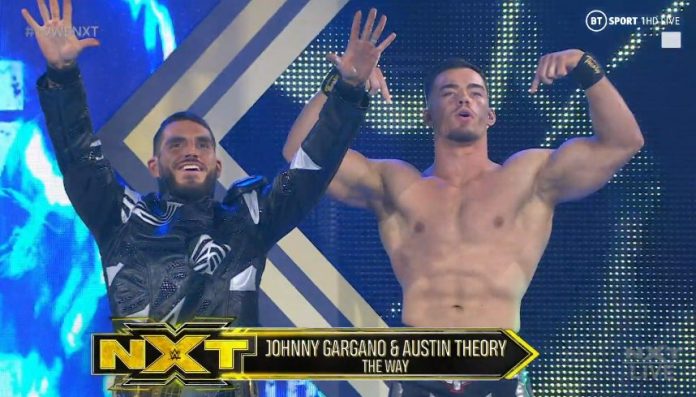 The Way (Austin Theory, Oney Lorcan) brawled with Oney Lorcan and Pete Dunne earlier this afternoon at the WWE Performance Center in Orlando. As seen below, security was forced to break up a wild backstage scuffle between the two sides as they prepare for tonight’s WWE NXT show, which will feature Lorcan vs. Theory in singles action.

Gargano and Dunne will also be featured on tonight’s “Takeover: In Your House” go-home edition of NXT as they participate in the Fatal 5 Way Face-Off with NXT Champion Karrion Kross, Adam Cole and Kyle O’Reilly, to promote the Takeover main event.