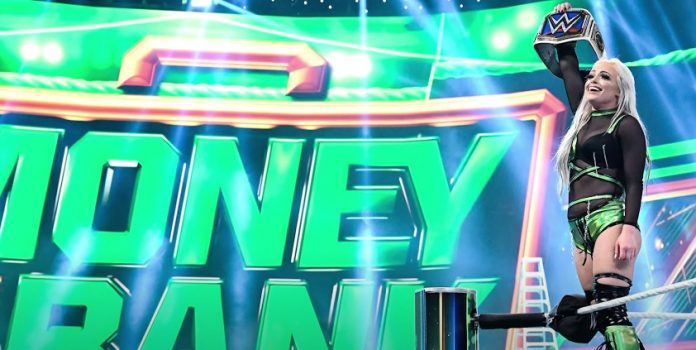 Liv Morgan cashed in her Money In the Bank briefcase to win the SmackDown Women’s Title from Ronda Rousey at WWE Money In the Bank on Saturday, and WWE has revealed a must-see new video to show how Michael Cole and Pat McAfee reacted.

After Rousey defeated Natalya, Cole and McAfee saw that Morgan was cashing in, and the video shows their shock at the sudden title change.

The video is seen below.

Morgan responded to the video and wrote, “I loooooo00ove this [laughing emoji] [folded hands emoji]”

.@YaOnlyLivvOnce's #MITB cash-in had EVERYONE jumping out of their seats in excitement, including @MichaelCole and @PatMcAfeeShow! pic.twitter.com/a7EZAuR9iH