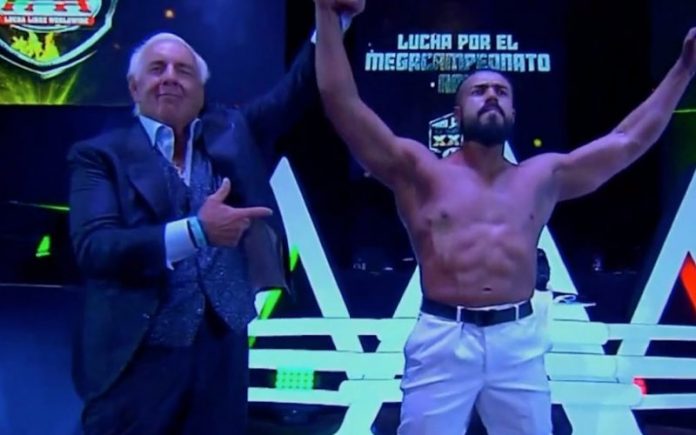 Ric Flair, who was recently released from WWE, made an appearance at Saturday night’s AAA TripleMania event. Flair appeared in Andrade’s corner as Andrade challenged Kenny Omega for the AAA Mega Championship. Flair got physical at one point by delivering chops and a punch to Omega. Flair also put the figure four leglock on Konnan.

Omega was able to retain his title with a One Winged Angel on the title.

RIC FLAIR IS IN AAA pic.twitter.com/TSRUJpzvP7

Kenny Omega and Ric Flair in the same ring — in Mexico. Pro wrestling in 2021 is absolutely insane #Triplemania pic.twitter.com/18DcTtDZeT