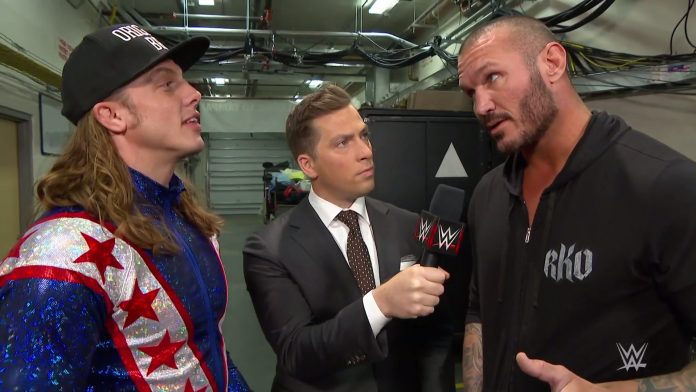 Last week’s RAW saw Riddle propose the R-K-Bro tag team, only to annoy Orton. Riddle then defeated Orton in a major upset. This week’s show saw Orton admit he underestimated Riddle last week, and that Riddle ended up sort of earning Orton’s respect, even though they still have nothing in common. Orton also admitted the R-K-Bro name is kind of catchy, and then offered to give the tag team a shot.

Orton and Riddle went on to defeat Shelton Benjamin and Cedric Alexander in tag team action on tonight’s show.

Riddle appeared on RAW Talk tonight and joked that Orton sent him a tweet on 4/20 and first admitted he liked the name. Riddle said he was worried Orton was setting him up, but it turned out that Orton knew just how to warm a bro’s heart by making the match and teaming with him. Riddle then called it the beginning of a beautiful friendship. Riddle also predicted that R-K-Bro will become champions one day.

Need to get @RandyOrton a matching scooter ASAP.