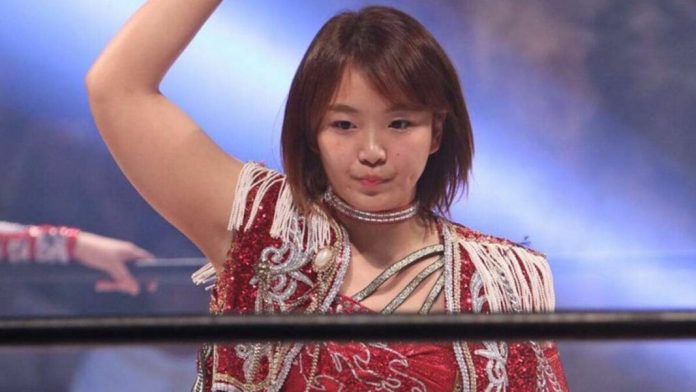 Sarray will make her official WWE NXT debut next Tuesday night. NXT General Manager William Regal announced during tonight’s show that the former Sareee will make her debut on next week’s show.

A video package aired tonight that featured Regal, Meiko Satomura and Simon Inoki praising Sarray for what she will bring to the NXT women’s division. There is no word yet on who Sarray will wrestle next week.

Sarray made her first Takeover appearance at Night One of Stand & Deliver last Wednesday, sitting in the front row with WWE Chief Brand Officer Stephanie McMahon.

Sarray, who turned 26 back on March 31, signed with WWE back in February 2020 and was scheduled to move to the United States to begin training at the WWE Performance Center in Orlando in March of last year, but the move was delayed due to the COVID-19 pandemic. She then arrived to the United States this past February and is already making her debut.