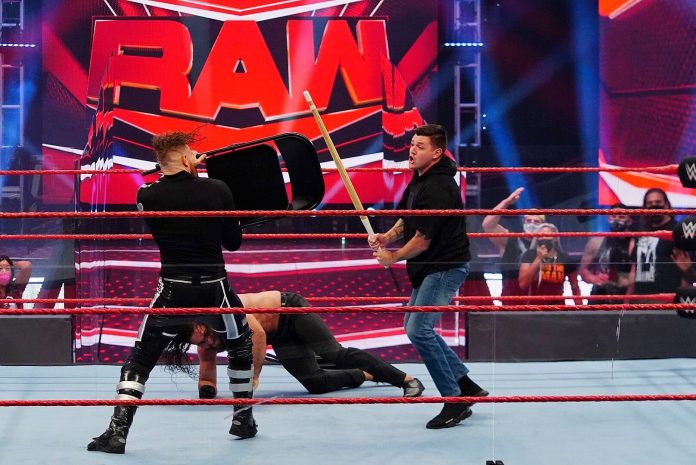 Tonight’s RAW saw Dominik issue a challenge to Rollins for the big event on August 23. Rollins later came out to address the challenge, but first bullied Tom Phillips in a quick ringside angle that saw Samoa Joe get in Rollins’ face and threaten him. Dominik ended up attacking from behind and taking out Rollins and Murphy with a kendo stick. He went on to hit a 619 on Rollins and then a flying crossbody on both of the heels. A furious Rollins would retreat to the stage to regroup, and then accept the challenge. Rey Mysterio did not appear once again on RAW this week with his son. It was reported just a few weeks ago that Rey was still working without a WWE contract while they had him off TV to sell the eye injury suffered in the “Eye For An Eye” match at WWE’s “The Horror Show at Extreme Rules” pay-per-view. It seems likely that Rey will be in his son’s corner at SummerSlam, but that has not been confirmed.

Dominik has been training for a pro wrestling career since late January 2017. This will be his in-ring debut.

The 2020 WWE SummerSlam pay-per-view is scheduled for August 23, and a location will be announced soon.

Below is the current SummerSlam card, along with a few shots of Rollins and Dominik from tonight’s RAW at the WWE Performance Center in Orlando:

The wrath of @SamoaJoe has been incurred.