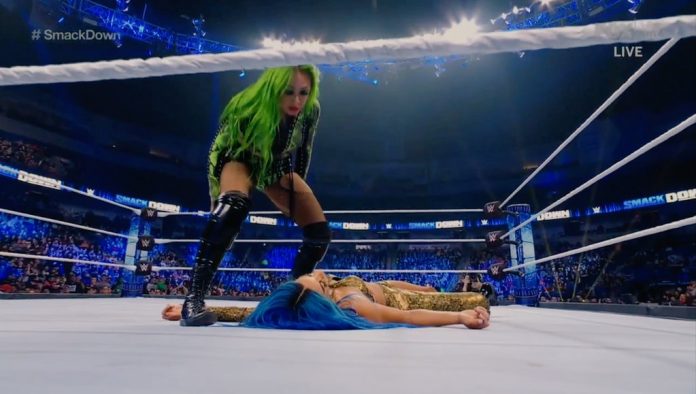 SmackDown opened with SmackDown Women’s Champion Charlotte Flair in the ring for a promo, until she was interrupted by Sasha Banks, who wanted her title shot. Shotzi then interrupted and talked her way into a Championship Contender’s match with Flair.

Banks looked on from ringside and at times encouraged Shotzi, but Flair got the win. After the bout, Shotzi snapped and destroyed Banks in and out of the ring for a few minutes.

She responded, “No! I found it! [black heart emoji]”

This was Shotzi’s first official appearance as a member of the SmackDown roster. The WWE Draft saw her split from Tegan Nox, who went to RAW.