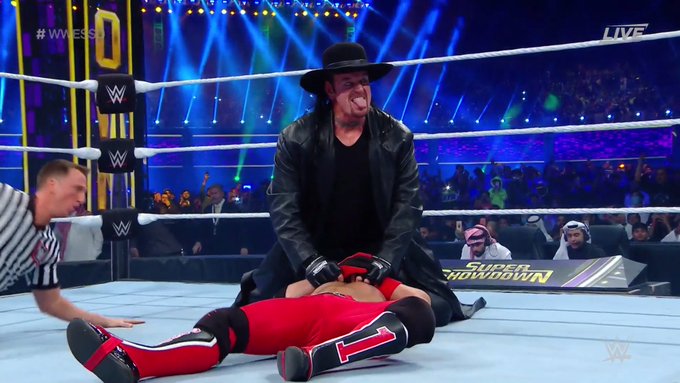 The match started with R-Truth and Bobby Lashley. Truth would eliminate Lashley and WWE United States Champion Andrade, then Erick Rowan was eliminated via disqualification. Styles came out next and made Truth submit to eliminate him. Rey Mysterio was to be the final entrant but Luke Gallows and Karl Anderson attacked him backstage. AJ was preparing to win by forfeit until we saw The Undertaker take out Gallows and Anderson backstage. Taker then marched to the ring and faced off with AJ. Taker quickly hit a chokeslam and crossed AJ’s arms for the pin, still wearing his coat and hat. Taker was then declared the winner of the match.

Taker vs. Styles is rumored for WrestleMania 36 in April.

It looks like @AJStylesOrg has drawn the attention of #TheDeadman!