“NWA Powerrr returns with the season 3 finale with the “lost” episode called Super Power. This episode originally was intended to run in the build up for the Crockett Cup but with the world circumstances that event had to be postponed. NWA President William Patrick Corgan will update all the fans on what the future of The National Wresting Alliance is at the end of NWA Powerrr.” 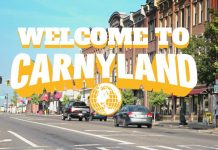