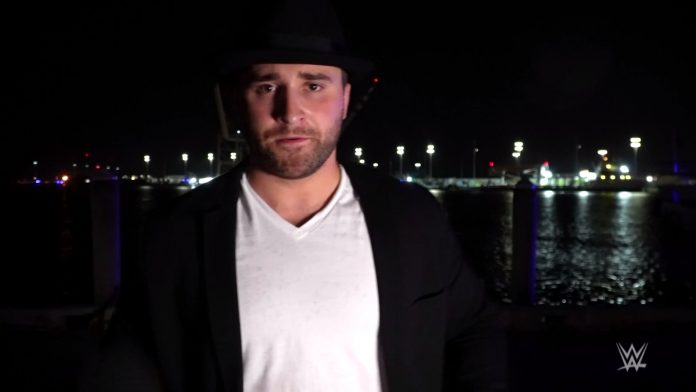 “The Don of WWE NXT” Tony D’Angelo has officially introduced his new wiseguys.

We noted last week how two mystery attackers appeared during Santos Escobar’s loss to Carmelo Hayes. They ended up surrounding Escobar at ringside and taking his knee out with a baton, then rolling him back into the ring for Hayes to get the win. It was speculated that the mystery men, referred to D’Angelo last week as “possibly a couple of goombas” looking to make a name, were NXT newcomers Troy Donovan and Channing Lauren, and that’s who they were confirmed to be this week.

Tonight’s NXT 2.0 episode saw the newcomers attack Cruz Del Toro and Joaquin Wilde to prevent them from interfering during the D’Angelo vs. Von Wagner singles match. This distracted the referee but still allowed Escobar to attack D’Angelo at ringside, which helped Wagner get the win.

While both newcomers have received nicknames, only Channing had his last name changed.

D’Angelo noted in that backstage promo that he went and made some calls to get his crew here to even the odds with Legado del Fantasma. He then challenged Escobar to a face-to-face sit-down at NXT Spring Breakin’ next week, warning Escobar that if he has to take things into his own hands, Escobar won’t like it.

Donovan and Lorenzo were both signed in the mid-March WWE Performance Center Class that featured names like Roxanne Perez (fka Rok-C), Sloane Jacobs (fka Notorious Mimi), and Arianna Grace (fka Bianca Carelli), among others. Donovan went by Cole Karter on the indies, while Lorenzo went by Jake Tucker before signing with WWE.

Lorenzo and Donovan made their WWE in-ring debuts on the April 8 edition of NXT Level Up, losing to Andre Chase and Bodhi Hayward. Donovan then worked the April 15 Level Up show, losing to Damon Kemp.

Stay tuned for more on D’Angelo and his new stable. Below are related shots from tonight’s NXT 2.0 episode: