One of the most infamous pro wrestling mainstream moments will be covered during next Tuesday’s episode of “Dark Side of the Ring” on Vice TV. The trailer can be see above.

The episode is titled “David Schultz & The Slap Heard Round the World” and will cover the December 28, 1984 edition of 20/20, which featured John Stossel doing a report on the legitimacy of pro wrestling. While conducting a backstage interview, “Dr. D” Schultz smacked Stossel in the face. The incident took place during a WWE live event from Madison Square Garden in New York City.

“Dark Side of the Ring” airs on all major satellite and cable providers, plus the Vice TV website and app. 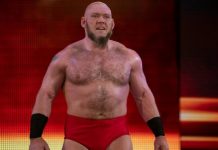