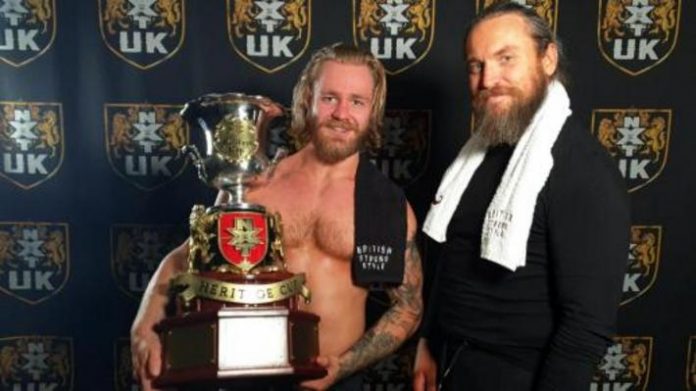 This was the rubber match between A-Kid and Bate in a series of matches that goes back to January 2020. Bate defeated A-Kid back on the January 17, 2020 NXT UK show, while the rematch took place almost a year later, on the December 10, 2020 show as A-Kid retained his title over Bate. Bate then defeated Noam Dar at the NXT UK Prelude special during WrestleMania 37 Weekend, to become the new #1 contender to the Heritage Cup Title. Bate finally got his title shot today, and picked up the win.

Bate is now the second person to hold the NXT UK Heritage Cup Title. A-Kid became the inaugural champion back on the November 26, 2020 episode by defeating Trent Seven in the tournament finals.