The Undertaker surprised a pair of newlyweds during his appearance on WWE’s The Bump earlier today. Jason and Brittany Goldberg, who are big fans of The Deadman, recently tied the knot as the bride walked down the aisle to Taker’s iconic WWE theme song. The wedding was held on Halloween. Taker watched the clip from the wedding and then surprised the couple, noting that he was impressed.

“Congratulations,” Taker told Jason and Brittany, who were shocked at the surprise. “I think it’s completely awesome. That’s next level fandom right there, it’s really impressive.”

Taker also joked that he has plans for a new character to debut soon – Dark Cupid. “I want to kinda give a little bit of headway into the next big thing I have coming out, which is Dark Cupid,” Taker joked. “After the wedding I’ve got to go with that. If I’m the inspiration for people to have Undertaker-themed weddings, I’m going to be Dark Cupid from now on.”

Here are clips from the wedding and The Bump-

Congratulations to our very own JAG as he married his beautiful bride Brit on Halloween and she came out to the @undertaker theme 👰🤵🎃🤼‍♀️ can we get a RT @mimicalacool @wwe pic.twitter.com/J8Xk83A0oR

.@Undertaker just surprised newlyweds Jason & Brittany Goldberg who recently walked down the aisle to his iconic entrance theme for their special day!#WWETheBump pic.twitter.com/Fg4LkcOxhI 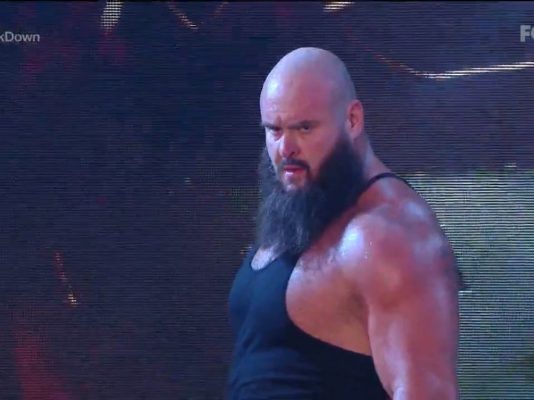 WWE PWMania.com Staff - 11/26/2020
Braun Strowman may have suffered a knee injury during the Team RAW vs. Team SmackDown match at the WWE Survivor Series pay-per-view, according to...