MLW presented a new episode of Fusion on Thursday on MLW YouTube page and FITE TV. The show is replayed Saturdays on beIN Sports at 10pm ET. You can check out this week’s edition of MLW Fusion below.

After the dynastic betrayal by Richard Holliday in Dallas earlier this year, Holliday has touted himself as the brains behind Hammerstone’s meteoric rise as well as taken credit as the founding father of the Dynasty itself! Going as far as proclaiming to be the “Sole Proprietor” of the Dynasty, Holliday has put Hammerstone – the man he once called his best friend – in his crosshairs.

From a shocking beating in Dallas to the crimson suit drenched in Hammer’s blood at SuperFight, Hammerstone has found himself at a loss of not only a friendship but a vicious onslaught at the hands of someone who knows him better than anyone in the sport.

Now the stage is set for the most personal feud in MLW history and the stakes couldn’t be higher as Hammerstone looks to thunderclap Holliday back to his posh and privileged Westport, CT life once and for all… but does Holliday have the upper hand with Alicia Atout by his side and his much hyped “strategic dominance”?

After turning his back on Davey Richards and linking up with Alex Kane’s Bomaye Fight Club, World Middleweight Champion Myron Reed speaks on the unspeakable act.

In middleweight action, Cleveland’s Matt Cross puts his hybrid arsenal to the test against ACH!

Brittany Blake goes one on one with Zoey Skye! Will the dangerous New Jersey punk rocker continue her ascent up the Featherweight rankings?

Join Rich Bocchini and Joe Dombrowski as MLW closes out an incredible season with Kings Of Colosseum. #MLW #Wrestling 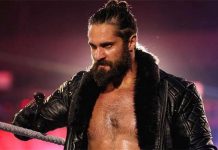