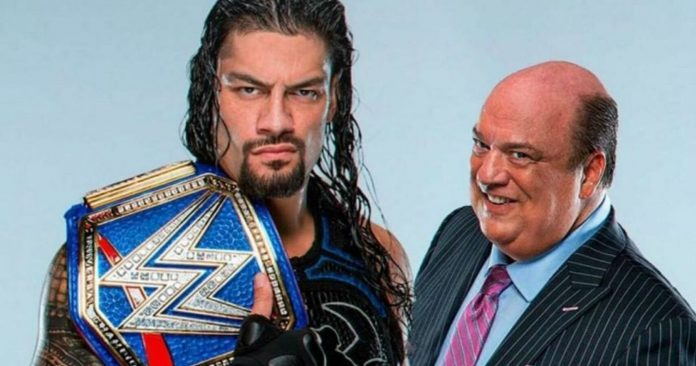 WWE Universal Champion Roman Reigns is a hot topic on social media this week as he did not appear during Friday’s SmackDown on FS1 episode.

SmackDown included backstage segments with Paul Heyman and SmackDown Tag Team Champions The Usos, who also worked the main event in a losing effort to The New Day.

Reigns has been trending on Twitter overnight with many fans disappointed that he did not appear for the live broadcast on FS1. WWE had Reigns advertised for the show, but he was never officially announced to appear in any match or segment.

There’s no word on why WWE kept Reigns off TV this week, but he did appear for the live crowd at the Mohegan Sun Arena in Wilkes-Barre, PA. As seen in the tweets below, Reigns and The Usos went up against Drew McIntyre and The Street Profits in the post-show dark main event. McIntyre and The Profits picked up the win.

There was also a post-show moment where Heyman stepped into the ring as fans chanted “ECW!” at him. Heyman’s leg got caught in the ropes while he was trying to enter the ring, so he fell and was attacked by The Profits until Jimmy Uso made the save.

Reigns has been rumored to begin a new blue brand feud with McIntyre. McIntyre did work Friday’s show, issuing an Open Challenge that was answered by Mustafa Ali. He defeated Sami Zayn on last week’s show.

BRUH HEYMAN GOT IN ON THE ACTION 😆 🤣 @WRESTLEZONEcom #WWE #Smackdown pic.twitter.com/PZ7sjE1DNl

Roman Reigns and The Usos at #Smackdown #WWE
Video Credit To Owner pic.twitter.com/ge3IxY1Dxy