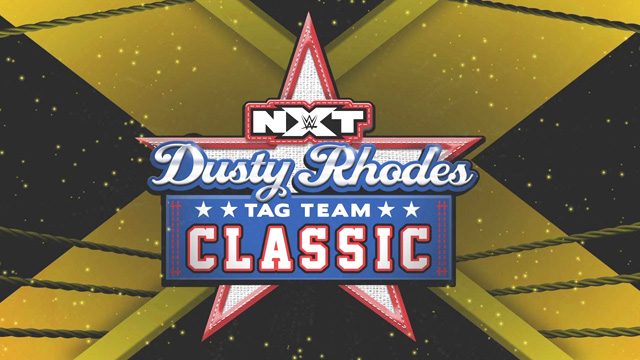 The first round of the Men’s Dusty Classic was scheduled to wrap on this Friday’s WWE 205 Live episode with Ashante “Thee” Adonis and Desmond Troy vs. Tony Nese and Ariya Daivari. However, it’s been announced that Adonis is not medically cleared to compete after he was injured during a squash loss to Karrion Kross on tonight’s show. There’s no word yet on who will replace Adonis in the tournament, but we will keep you updated.

The Men’s Dusty Classic quarterfinals will begin next Wednesday night on NXT with MSK (Wes Lee, Nash Carter) vs. Drake Maverick and Killian Dain, plus The Grizzled Young Veterans vs. Ruff and Kushida. The other quarterfinals match for an upcoming episode will see The Undisputed Era (Adam Cole, Roderick Strong) face the winners of Nese and Daivari vs. Troy and Adonis’ replacement.