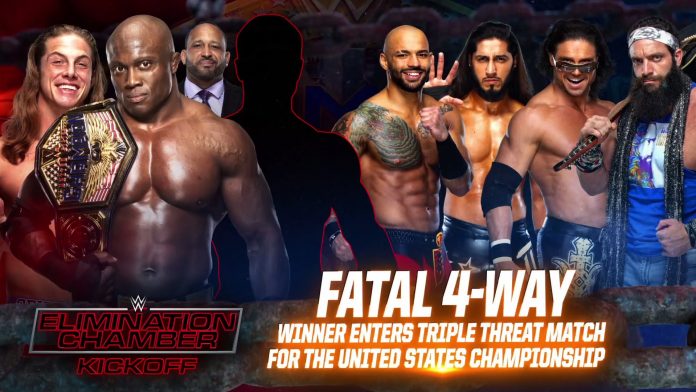 – Below is the WWE Elimination Chamber Kickoff pre-show video for tonight. The panel features Charly Caruso, Peter Rosenberg and WWE Hall of Famers JBL and Booker T. The Kickoff will also feature a Fatal 4 Way with Mustafa Ali, Elias, John Morrison and Ricochet with the winner going on to replace the injured Keith Lee in the WWE United States Title Triple Threat with Riddle and champion Bobby Lashley.