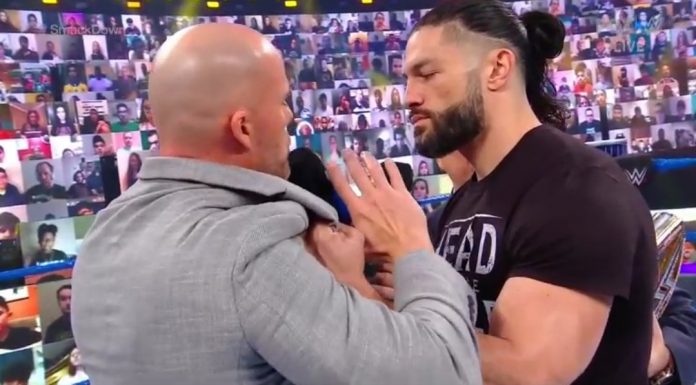 – Below is a new promo for this week’s WWE SmackDown on FOX, which will feature more build for the Royal Rumble pay-per-view and fallout from last week, which saw Adam Pearce become the new #1 contender to WWE Universal Champion Roman Reigns, thanks to Reigns.

WWE has announced that Reigns has something in store for Pearce and that will be revealed this Friday night on SmackDown.