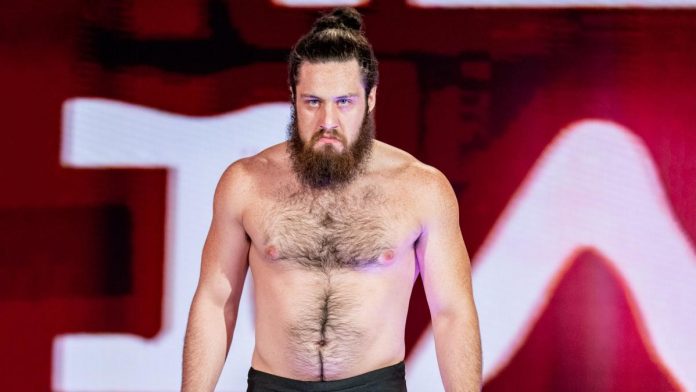 – Below are the top 10 moments from this week’s WWE NXT episode on the USA Network:

– It looks like a non-title match between Cameron Grimes and NXT Champion Keith Lee may be in the works for next Wednesday’s show, or at least another segment between the two. This week’s show featured a segment where Grimes interrupted an angry Lee, who was out in the ring to address Karrion Kross. Grimes ended up getting beat down by Lee and then hit with a Spirit Bomb. As seen below, WWE released post-show video of McKenzie Mitchell interviewing Grimes, who called Lee out for next week.

“McKenzie, I’m done with it, alright? I’ve been disrespected enough tonight,” Grimes said. “I came out there and I was going to look Keith Lee dead in his eyes, and I was going to put him down, I was going to win the NXT Championship. Tonight was the night, and that no-good Keith Lee… McKenzie, that no-good Keith Lee… he sucker-punched me. He caught me, I was looking this way, he hit me that way, McKenzie. Is that what a champion’s supposed to represent? Is that what the guy of the locker room, the top guy, the opportunity… is that what that is supposed to represent? Is sucker-punching and being a coward? I didn’t think so, McKenzie. I didn’t think so. I knew I was right, I knew I was right when I thought he was a sucker sucker-punching me like that. Keith Lee! This is way more than a championship now. You’ve disrespected the wrong man and now you’ve got a problem. Next week… next week, Keith Lee. I’m going to teach you a little bit about respect. I’m going to teach you about respect! Cameron Grimes knows about respect! McKenzie, sorry, but I got a trip to the moon!”