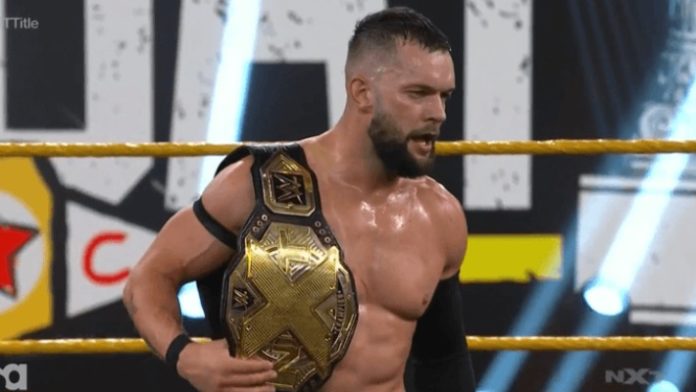 – Below is new behind-the-scenes video of Finn Balor’s custom side plates being installed on the WWE NXT Title belt. Balor captured the vacant title on last week’s NXT show by defeating Adam Cole. Balor did not appear live on this week’s NXT episode, but he did appear in the backstage video that can also be seen below, where he addresses the competition and warns them to look both ways if they decide to come at The Prince.

Balor’s first title defense will come on Sunday, October 4 at the next Takeover special. He will be wrestling the winner of the first-ever Gauntlet Eliminator Match, which takes place next Wednesday. You can read details on that match by clicking here.