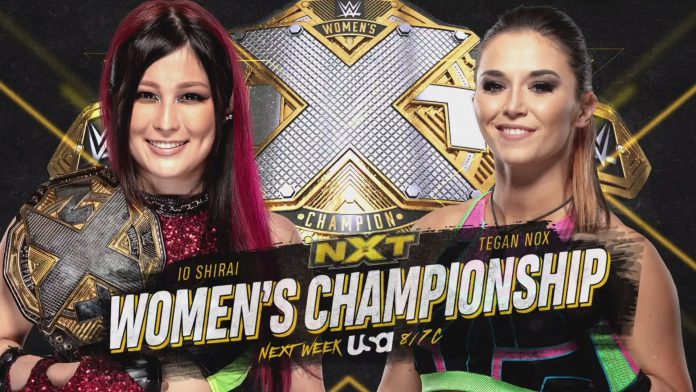 – Robert Stone failed to sign a new talent to The Robert Stone Brand during Night 2 of the WWE NXT Great American Bash. As noted, Stone previously announced that a “huge new signing” would be joining he and Aliyah tonight. Stone tried to get Shotzi Blackheart to join The Brand but she denied him and then ran over his ankle with her mini-tank after Killian Dain appeared out of nowhere and laid Stone out. You can see video from the segment below.

– As noted, next week’s NXT episode on the USA Network will see #1 contender Tegan Nox get her title shot from NXT Women’s Champion Io Shirai, which will be the first title defense for the champ. Below is a new video package for the match:

– Former Mae Young Classic competitor Mercedes Martinez made her return to WWE NXT TV on Night 2 of the Great American Bash. She defeated Santana Garrett. This return followed several weeks of “coming soon” vignettes for the veteran wrestler. Below is footage from Wednesday’s match:

– Below is a new promo for NXT Tag Team Champions Marcel Barthel and Fabian Aichner of Imperium. This promo aired during the Great American Bash Night 2 episode on Wednesday night, but the champs did not appear live. Imperium won the titles from Matt Riddle and Timothy Thatcher on May 13, and have defended the straps just once – against Breezango on June 17.