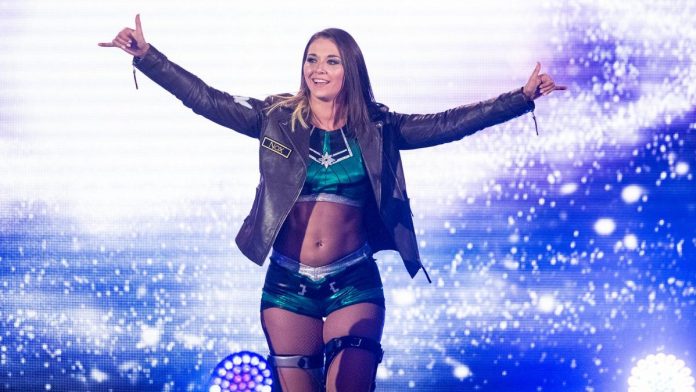 – As noted, the WWE Performance Center YouTube channel is releasing a four-part series on NXT Superstar Tegan Nox this week, titled The Comeback. This will lead up to her Street Fight with Dakota Kai at Sunday’s “Takeover: Portland” event. Above is the first episode in the mini-series. The video features NXT UK Producer Glen Robinson, Piper Niven, NXT UK Women’s Champion Kay Lee Ray, WWE Coach Robbie Brookside, Candice LeRae, Kai, and others. The episode, titled, Who Is Tegan Nox?, includes pre-WWE footage of Nox as she opens up about where her career started and what it meant to leave family to pursue a career in NXT. Nox and other Superstars also discuss the first of two major knee injuries she suffered while in class at the WWE Performance Center.

– This week’s “Takeover: Portland” go-home edition of WWE NXT ended with Tommaso Ciampa and NXT Champion Adam Cole facing off ahead of their title match on Sunday, right after Cole’s non-title main event win over Kushida. Below are post-show videos of what happened after NXT went off the air on the USA Network.

The first video shows Ciampa dropping Cole with a Fairytale Ending, and then spending a moment with Goldie as Cole looked on from the mat. The second video shows The Blackheart giving a passionate speech to the NXT crowd after Cole had went to the back. Ciampa said he and his wife had a serious talk about the future when he was out of action with a neck injury, about what happens if he’s unable to return and how they would provide for their young daughter Willow going forward. Ciampa said he promised that he would enter the next Takeover during WrestleMania 36 weekend as a champion, and that this wasn’t just a promise to the fans, it was a promise to his wife, and a promise that he holds dear to his heart. Ciampa said he promised his daughter that he will be coming home with “Goldie” and he’s a man of his word.