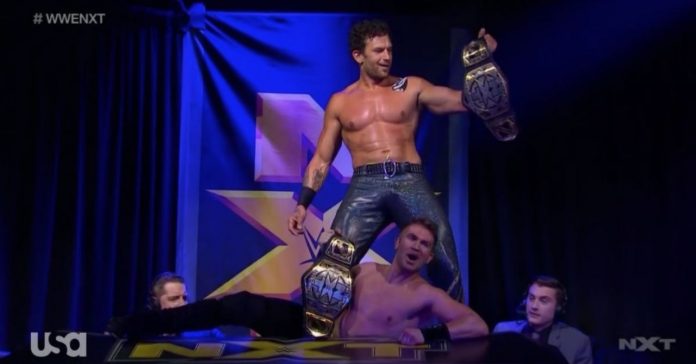 – Below are new promos for the title matches scheduled for tonight’s WWE NXT episode on the USA Network. NXT Tag Team Champions Breezango will defend against Marcel Barthel and Fabian Aichner of Imperium in their rematch, while NXT North American Champion Damian Priest will make his first title defense against Timothy Thatcher.

– WWE posted this video of NXT UK announcer Andy Shepherd giving another quick sneak peek at the new NXT UK set, which is located inside the BT Sport TV studios in London, England. Tomorrow’s NXT UK relaunch on the WWE Network will feature the beginning of the Heritage Cup Tournament, plus NXT UK Tag Team Champions Gallus defending against Kenny Williams and Amir Jordan. NXT UK Women’s Champion Kay Lee Ray vs. Piper Niven will air next week, with the title on the line.

Get a look inside the #NXTUK Studio from @andyshep! Are you ready for all-new episodes starting tomorrow on the @WWENetwork?! pic.twitter.com/REgNacFY4k