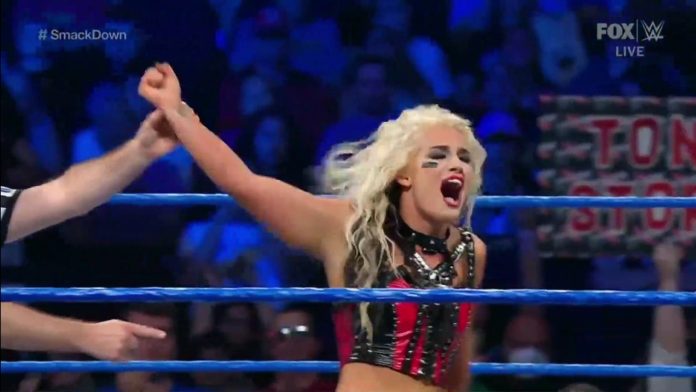 It’s interesting to note that WWE has also given Storm a new finisher. She previously used Storm Zero in NXT, but this new move on last night’s SmackDown was called Storm One.

Storm was interviewed by Megan Morant after the win over Vega, as seen in the clip below. She was asked what fans can expect from her on SmackDown.

It's TONI TIME on #SmackDown!

Toni Storm makes her blue brand debut in a battle with #ZelinaVega NEXT on @FOXTV! @TheaTrinidad pic.twitter.com/7niT7PHbrZ

Toni Storm picks up the win in her #SmackDown debut! pic.twitter.com/rNkEJLI7QS

Win on your SmackDown debut ✅