In an interview with SkySports.com, Sasha Banks talked about the introduction of the WWE women’s tag team titles and having to convince Vince McMahon:

“It felt like the whole of last year we were asking, like we would be knocking on the door of Vince’s office every week. Me and Bayley would go up to him and some weeks he’d say no and some weeks he’d say yes and then bam, it’s here. So that just proves that you should never give up on your dreams. If you’re annoying enough you can make things happen and that’s probably what happened, he just got annoyed with us.”

“I hope he understands how important this is to us and we’re going to make it really special. That’s just Vince every week – you never know how he’s going to be. You just have to keep on trying.” 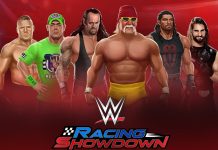