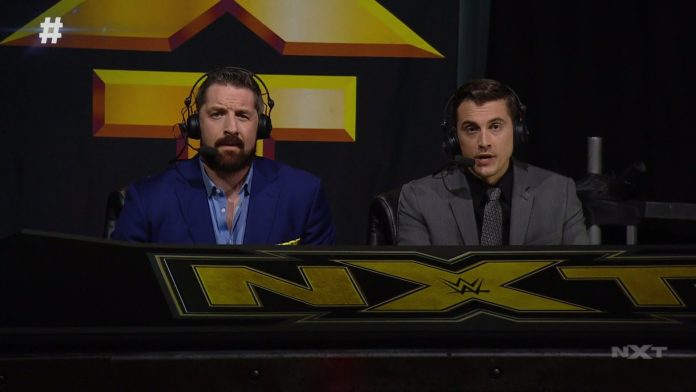 Wade Barrett is now a permanent member of the NXT commentary team. WWE announced this afternoon that Barrett has signed a new contract with the company, and will remain on the NXT announce team with Vic Joseph and WWE Hall of Famer Beth Phoenix.

Barrett returned to WWE for NXT guest commentary roles last month, and it was revealed that he had been in talks with WWE for a full-time deal. Now he is confirmed as a full time member of the team. Here is WWE’s full announcement on the signing:

Wade Barrett has officially signed with NXT as part of the commentary team.

The former Intercontinental Champion has been part of the announce team in recent weeks alongside Vic Joseph and Beth Phoenix.

As first reported by Sports Illustrated, Barrett will now remain an official member of the announce team. The former King of the Ring returned as a color analyst for the black-and-gold brand after several years away from WWE.

Don’t miss Barrett and all the black-and-gold action tonight on NXT at 8/7 C on the USA Network.