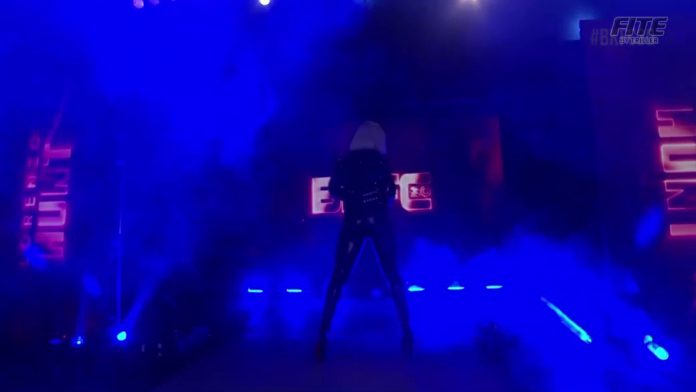 Jade Cargill’s public recognition factor continues to grow alongside her blemish-free, flawless win/loss record as “That B*tch” in the women’s division in All Elite Wrestling.

This was evident to anyone who tuned into the main event of the Bare Knuckle Fighting Championship pay-per-view event on Saturday night.

The Hunt-Henry headliner for Saturday’s show at the 7,085-seat venue in Monroe, Louisiana Fant-Ewing Coliseum in Monroe, Louisiana on Saturday, October 1, 2022, which saw Hunt score a knockout with a tight, in-close counter left hook that dropped and removed Hunt from consciousness for the second and thankfully final time of the evening.

Before the violent conclusion to the final bare-knuckle boxing bout at the pay-per-view event on 10/1, the main event stage was set with the ring walks by Hunt and Henry, with the former being accompanied by “That B*tch” for his adrenaline-provoking “Green Mile” style final steps before entering the dangerous battle ground that he treats as his clock-in and clock-out quarters for his extremely dangerous and very publicly visible working environment.

The undefeated one from AEW named Jade Cargill who wears gold around her waist when she clocks in to her often equally-dangerous squared-circle-shaped office under an equal and often greater very publicly-viewed and scrutinized place of employment.

“No one does an entrance like Lorenzo Hunt,” read the start of the caption for the video clip that was embedded in the tweet published by Bare Knuckle Fighting Championship’ (BKFC) internet pay-per-view partner, FITE TV.

The caption for the FITE TV tweet sharing the footage of the entrance of TBS Women’s Champion made alongside Lorenzo Hunt continued, “The Juggernaut walks out for his fight with the AEW TBS Champion, Jade Cargill as BKFC and wrestling champions join forces.”

Watch the video footage of TBS Women’s Champion Jade Cargill from All Elite Wrestling joining “The Juggernaut” Lorenzo Hunt for the ring entrance for his BKFC 30 Monroe main event showdown against Quinten Henry via the tweet embedded below courtesy of the official FITE TV Twitter feed.