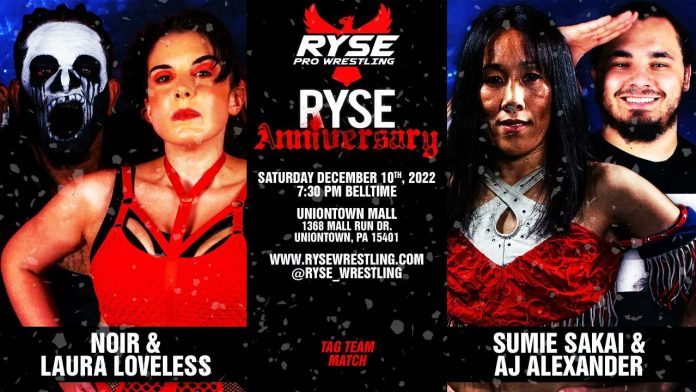 It might be cliché, but there are times when things in professional wrestling, a sport, known for its carny shenanigans as much as its spectacle, go full circle. Usually, I don’t write much about myself in this column, simply because it’s not relevant to the topics that I cover. Essentially, you click on these articles (and I thank you for it) to read about pro wrestling, not me. While my Twitter account is still in limbo because the new algorithms thought I was a bot despite having the account for 10 years, some readers know from my social media that I’ve been a play-by-play announcer on the Pittsburgh independent wrestling scene for almost 14 years. Side note, I filed an appeal last week to let Twitter Support know that I am an actual person and not a spam account, but I haven’t received a reply yet. Anyway, over the course of the years I’ve worked behind the mic in the sport, there were definitely times when I just shook my head at some of the shady business tactics or ridiculous antics that could only happen in pro wrestling. On the flip side, I’ve also had a chance to work with and meet some wonderful people, including some of those that I watched from the audience at a younger age.

You may have read my article earlier this week about the sixth anniversary show of Ryse Wrestling, an organization I’ve done commentary for for over four years, minus some time during the pandemic. Ryse showcases some of the best talent from the Pittsburgh and brings in an occasional guests for a special appearance. As the organization, founded by veteran grappler Brandon K in 2016, celebrates six years in existence, they have one of those special guest scheduled for the card this Saturday at the Uniontown Mall in Uniontown, Pennsylvania, a blue collar town just south of Pittsburgh. That grappler is Sumie Sakai, a Joshi pro wrestler that ventured to America in the early-2000s and became a staple of the independence scene before she won the inaugural Women Of Honor championship for Ring Of Honor, as well as working as a trainer.

This weekend Sumie will be in a tag match with AJ Alexander, a prospect that competes in the steel city, to challenge Christian Noir, who is one of the hidden gems of the area, and one of the most notable female wrestlers of the Pittsburgh scene, Laura Loveless. Obviously, getting to share the ring with such an accomplished international star is something that the three competitors are looking forward to, but this occasion to call a Sumie Sakai match is also a full circle moment for me.

In 2005, when I was just 16, Norm Connors, the godfather of the Pittsburgh scene, promoted a highly-anticipated card in Monroeville Pennsylvania at the sensibly-named Monroeville Sports Center. Norm, a funeral director in his civilian life, promoted Steel City Wrestling in the 90s before he took over operations at the International Wrestling Cartel, a group he promoted for several years until he regained his senses and a a normal blood pressure when he retired from the circuit to resume normal life in 2009. Connors ran the IWC banner for nearly a decade and was hands-on with his promotion. When fans called to reserve tickets in the early-2000s for an IWC event, that was a direct line to Norm, who took the phone orders himself. The July 2005 card was particularly special for Norm, as he landed a legitimate dream match when he booked AJ Styles, an IWC regular at the time, against Matt Hardy, who was in the midst of major controversy because he was released from the WWE when the Lita/Edge affair went public. After the match was signed, Matt negotiated a return to WWE, attacking Edge backstage at Raw in a segment to set up the feud that would take place on television. However, Hardy was allowed to keep his commitment on the indies, including a few more dates with Ring Of Honor. As history tells us, Matt and AJ ended up in the same place more than once, but in 2005, this was thought to be the only time such a match would take place.

Ironically, I discovered IWC over two and a half years earlier when they had a 30-minute television show on local channel WBGN, a station that had blocks of wrestling for years. It’s also ironic that about a decade after I found the show on that channel, one of the local groups that I did commentary for had a program that aired on the same station.

Eventually, IWC had its Friday night spot bumped to an hour time slot on Saturdays. When I attended a Raw event in October of 2003, some of the IWC rookies at the time were handing out flyers for an upcoming show in West Mifflin, Pennsylvania that had Shane Douglas on the card. Being a fan of ECW and Shane Douglas, I went to the show dubbed “November Pain”, which had The Franchise taking on local radio personality Bubba The Bulldog. After that, I became a regular at events with one of my wrestling pals, even though we weren’t old enough to have a license so my dad was nice enough to drop us off at the door. At a time when the independence scene was just starting to cook because the WWF gobbled up its competition on the national level, and there was a demand for an alternative, IWC had a unique mixture of independent names and solid local talent. There was a time when AJ Styles, CM Punk, Colt Cabana, Chris Sabin, and others made regular stops in Pittsburgh. Of course, being in high school, these events were things to look forward to so I’d often cram homework in on Friday nights to be done in time to go to a show on Saturday.

For the prosperity of pro wrestling, we wanted to make these adventures as efficient as possible so we’d hit the Wendy’s drive-thru on the way to see the action in the squared circle. At first, this was an unintentional choice, but it happened so often that it became a tradition that we had to get Wendy’s before we consumed the wrestling action for the evening. Somewhere, I hope Jim Cornette is proud. Whether it was two bacon cheeseburgers plain or the now-discontinued, home style chicken strips and french fries, the Wendy’s bag became as much of a must for these trips as the wrestling action itself.

Thankfully, since this event was in July, I didn’t have to cram homework to make the show, but my usual wrestling pal was on vacation with his family so my dad was nice enough to take me to the show. He sat in the audience, and probably smoked more cigarettes outside the venue than watched matches inside, but I appreciate the fact that he took me to the show. It goes without saying that AJ vs. Styles was going to draw a crowd, but there was a solid crew on the under card as well. At this particular event, Matt Sydal and Delirious brought their stellar bout that made waves on the independent circuit to the Pittsburgh area and had a great match in front of a new audience. Delirious also made a Ryse appearance over the summer and had a great match alongside solid pro, Tony Johnson. Sumie was teaming with Gwen Spectre, who was a very underrated talent that just recently made his return to the ring last year, to clash with Chris Hero and Daisy Haze. Sumie was very technically sound and a polished professional. The intergender tag match was one of the highlights of the show. At intermission, I met Delirious and bought an 8X10, getting a picture with both he and Sydal because of how impressed I was with their match. I noticed that Sumie had a table and went to say hello, telling her she was awesome. She was very polite and thanked me several times. My dad, just back in the building from yet another cigarette break, took a picture of us, which I have in a photo album that has several years worth of wrestling pictures in it.


Since that time, I followed Sumie’s career and was very happy for all of her success, mostly because she deserved it with the solid skills she brings to the table, and how kind she was when I was just a kid that was thrilled to meet talented wrestlers. I don’t like to attempt to give myself credit because I think those that are good enough don’t have to do that, but I will say that I think I always do a solid job on the commentary, putting the talent first, which should be the standard in the sport, but that’s not always the case on the indies. I learned a lot working with the great Joe Dombrowski almost a decade ago for a few years in a building that probably should’ve been condemned long before any of us were there, and he taught me the “glue” of announcing. The legendary Jeff Gorman and J. Worthington Farnsworth are always great resources. Again, I don’t think it’s right to give myself credit, but I’ve been decent enough to have maintain a place on the independent scene so I guess that counts for something. Either way, with Sumie on the card this Saturday at Ryse, an event that I can honestly say I think will give the fan their money’s worth, I will get to work on the same event as a wrestler that I was just happy to get a picture with over 17 years ago.