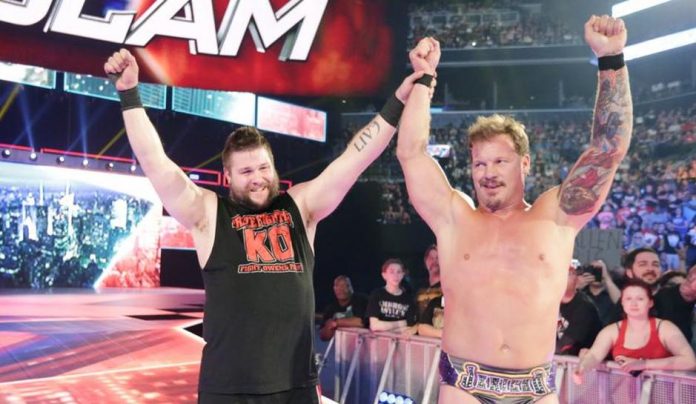 – A new episode of WWE Ride Along with Chris Jericho and WWE United States Champion Kevin Owens will premiere on the WWE Network after Monday’s RAW goes off the air. Below is the official synopsis:

“Before the Friendship of Festival debacle, Chris Jericho and Kevin Owens share in happier times together, embarking on a Quest of Compadres!”

– After signing with WWE earlier this month, Italian wrestler Fabian Aichner worked Thursday’s WWE NXT live event in Cocoa, Florida. He lost to Adrian Jaoude in what was Fabian’s first WWE match since the Cruiserweight Classic earlier this year. Aichner lost to Jack Gallagher in the first round of the CWC. WWE billed Aicher as the most intense CWC competitor at the time. Below are a few photos from Thursday’s match: