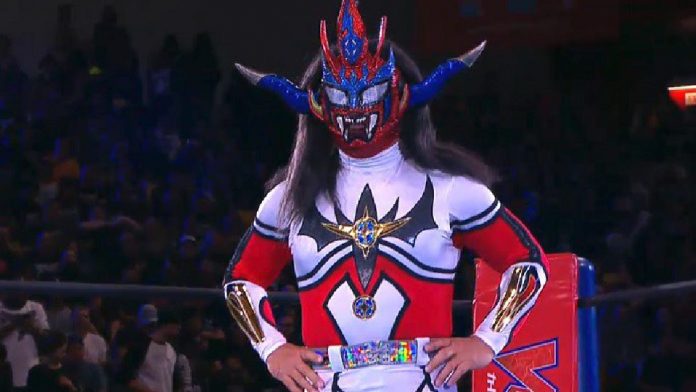 The year started off with some historic events as New Japan Pro Wrestling’s traditional Tokyo Dome event, their version of Wrestlemania and biggest show on the calendar, expanded to two nights, drawing a combined 70,000 fans in attendance for the pair of Dome events. With 40,000 in the building and a five-hour presentation the first night, it’s possible that the fans that chose not to attend the second night had simply seen enough wrestling for the weekend. It hasn’t been announced if the double dome shows will return next year, but I’d say that it should depend on if there’s enough depth on the card to justify a second event rather than just adding another show because it was done this year. Speaking of which, part of the reason a second show could be added was because the results of night one determined the main event of night two with a double title match as the main event so there was a link for the second show.

Since it would be difficult to summarize nearly ten hours or wrestling for these events, let’s discuss the main angles and the direction of New Japan for the start of the year.

First, it must be mentioned that the legendary Jushin “Thunder” Liger retired after an eight-man tag match on night one with many legends involved in the match from throughout his career and then a standard tag team match on the second night. True to most tradition within the wrestling industry, Liger finished his career with his shoulders on the canvas, allowing for those that are going to continue their career to get a victory to use in the future. I could write an entire article about Liger’s stellar career, but I think almost everything has rightfully been said by many people already and an article wouldn’t truly summarize the impact of his 30-year career. Obviously, Liger is a pioneer of the Jr. heavyweight style and that influence can literally be seen around the world. Keep in mind, Liger’s work in WCW, especially in the early 90s helped provide a blue print for the American cruiser weight style that became a staple of Nitro a few years later. At New Year’s Dash, the event that usually follows Wrestle Kingdom, there was a very nice retirement ceremony for him where his family joined him in the ring and the New Japan roster celebrated with him. At 55, Liger was still in amazing shape and could still go in the ring, which is remarkable after such an extensive career. I hope Liger enjoys retirement because he certainly deserves it. Arigato Jushin “Thunder” Liger.

Jon Moxley, who won the IWGP US title in his New Japan debut last June, recaptured the title on night one and then successful defended it on night two. Moxley originally defeated Juice Robinson for the belt at the best of the Super Jr. Finals and competed as champion in the G-1 tournament in the months that followed. Moxley was scheduled to defend the title against Robinson in a rematch in October, but was unable to appear because the typhoon that hit Japan prevented flights into the country so New Japan stripped him of the championship. Lance Archer, who previously worked for TNA and WWE before he found himself as a performer in Japan, was added to the contest and won the title. From a storyline perspective, this made the best of a negative stipulation because there was a reason for Moxley to challenge Archer since he wasn’t defeated for the belt and the second night delivered the previously delayed match when Moxley defeated Juice Robinson. Moxley/Archer was a solid match and probably the better of the two Moxley matches of the weekend.

Moxley, who left WWE this past April after a six-year run in the company, is in a unique scenario because the WWE TV exposure allows for the former Dean Ambrose to call his own shots in some ways. The well-documented tension between All Elite Wrestling and New Japan has prevented any type of official working agreement so far, but Moxley is basically a big enough star that he isn’t grouped in with the animosity held toward the Elite stable that exited New Japan to form AEW last year. Much of the same can be said for Chris Jericho, who even as the AEW champion, can work New Japan and bring the belt with him because he has the star power to do it. After Moxley’s surprise appearance at the Double or Nothing pay-per-view in May, most assumed his run in New Japan would be relatively short and basically just a stint until All Elite started on TNT in October. However, this title win and the angle that followed suggest that despite the full-time contract with AEW, he will continue to work for New Japan, which is one of the really unique aspects of the modern era. After his successful title defense, Moxley was confronted by the legendary Minoru Suzuki and it appears that he will be the next challenger for the title. It’s an intriguing match-up because Moxley’s character is unstable while Suzuki’s in-ring persona is known for being a wild man, often attacking ringside staff after matches.

Speaking of Chris Jericho, he returned to New Japan for a match against Hiroshi Tanahashi, who carried the promotion on his back when it was on the brink of collapse and built a stellar legacy in the process. However, those years of the physical and risky style often seen in the company have clearly taken their toll on him, as he was plagued with injuries in recent years. The effects of his well-known knee injuries were seen during the course of this match. Still a solid match, it certainly held up to the standard of the two top-tier performers. Jericho and Tanahashi were also smart enough to add an extra layer to the match with the stipulation that if the New Japan star won, he would get a shot at the AEW championship. Usually, when the champion of another promotion is wrestling outside of the organization, it’s almost always know that the champion wins to protect their reign as well as the value of the title. This stipulation added depth to the match-up because Jericho really has created an “anything can happen” type of atmosphere with his career. Granted, Jericho won, but the ability to allow for questions about the result made the bout more than just a predictable contest booked purely for the star power.

Kota Ibushi, who won the G-1 tournament to earn a title shot, challenged Kazuchika Okada for the championship on night one, which set up for a match against Tetsuya Naito on night two after he defeated Jay White in the semi-main event. Ibushi/Okada was a stellar contest, but at some points, it was very concerning to watch the risk they were taking in the ring. There are other ways than stiff strikes and dangerous bumps to build drama in a match. Unfortunately, as the envelope continues to get pushes further, it might be difficult for performers to scale down the risks, but I think some of the bumps that are common place in this main event matches could take years off of their careers. As mentioned, Tanahashi has clearly paid the price for his style and even Naito, who was involved in the main event on night two, spent a considerable amount of time of the sidelines last year because of injuries. It also must be mentioned that Shibata’s career was cut short because of a stiff head butt last year.

I have to be honest, I think it would’ve been a better decision to either have Ibushi win both nights to solidify him as a main event talent or have Jay White challenge Okada at the second show to set up a classic top baby face/hated heel dynamic. Don’t get me wrong, I can understand why Naito got the win and the championship because of his popularity, but the Okada vs. Naito match was already done at Wrestle Kingdom before. At the same time, Okada had such an extended and dominate title reign so he basically didn’t have any fresh opponents so it makes sense to allow for some new title match-ups, but I still think Ibushi would’ve been the better choice to add more depth to the main event scene. Plus, as mentioned before, Naito had a lot of injuries recently so who knows if he can physically take the toll of another title run?

After his title victory, Kenta attacked Naito to set up an eventual title match. The logic works well because Kenta has a lot of heat with the audience from when he attacked Shibata and joined Bullet Club a few months ago. It also allows for Naito to get the win to start the title run. All things considered, it was a solid start for New Japan and it will be interesting to see the role that the company might have within the industry. 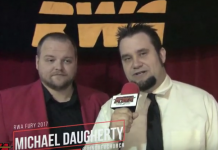 What All Out Says About AEW 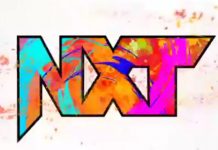