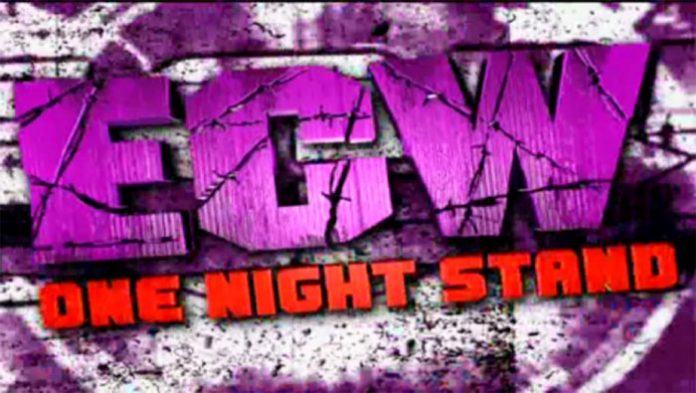 Toward the end of 2004, the WWE released a 2-disc set of the “Rise and Fall of ECW” documentary, a production that garnered critical acclaim for its chronicle of the influential promotion that helped change the presentation of sports entertainment while running events from a dingy bingo hall in South Philadelphia. Vince McMahon, who put the organization on the payroll after he signed away many extreme originals to add depth to his roster during the Monday night wars with WCW, bought the ECW rights and video library in 2003 after a lengthy legal process allowed full ownership of the footage. Around this time, with the wrestling war of the 90s won, the WWE began buying and marketing video libraries, including a Ric Flair DVD set that showcased several classic matches that were acquired during the purchase of WCW in March of 2001. Quite simply, the early 2000s were the beginning of classic footage becoming monetized, a concept that ultimately led to the Network streaming service that distributes pay-per-view events today.

The previously mentioned Flair set was the highest selling release at the time, as it was the first time many of those bouts were released on DVD. After the 2003 proceedings allowed full control of ECW, the opportunity to profit from the fan base that still chanted the letters was an easy decision. Many former stars from the South Philadelphia-based promotion were under contract, and Paul Heyman was a member of the Smackdown writing team at the time so the cast was under the WWE umbrella to give a fairly complete story. When the presentation was released, it allowed fans a look inside the rise and demise of the group that still maintained cult status among those that watched it on various local stations or eventually on national TV on TNN, a deal that ultimately contributed to its collapse. “Rise and Fall” became one of WWE’s best-selling home videos and it reignited the demand for a return of the hardcore company. Since ECW’s final shows in 2001, many fans wanted to see the return of the action that generated such a diehard following. The reason being, different from WCW, Paul Heyman didn’t go out of business because a lack of fans watching the product, but rather that ECW couldn’t compete with the money required to keep pace with its competition. Heyman was desperate to get signed to a national deal and didn’t negotiate any type of rights or ad revenue for shows that aired on the network. So, the production cost was increased exponentially while only live gates or pay-per-view buys from the increased exposure could cover the extra expenses. Keep in mind, there are several costs for broadcasting a live PPV as well so there wasn’t a realistic way that ECW would’ve profited from the TNN deal.

So, ECW collapsed from the pressure of the industry. Similar to how Jim Crockett Promotions and Verne Gagne’s AWA were causalities of the 80s, WCW and ECW shut down after the wrestling boom of the 90s. Vince McMahon’s sports entertainment empire owned the wrestling world and 95% of the market share, a reality that effects the direction of the industry today. However, the sales of the extreme documentary proved that there was a demand for more than just Raw and Smackdown, shows that hit somewhat of a skid after the business took a down turn post-Attitude Era with the exits of Steve Austin and The Rock from weekly television. Rob Van Down, a former ECW TV champion and arguably the company’s most popular star in its heyday, worked for McMahon in 2005 when he suggested an extreme reunion show to capitalize on the buzz that was created with the documentary.

Surprisingly, the chairman agreed, and the event was booked for the Hammerstein Ballroom, a venue that hosted many original events. Today marks 12 years since that historic event, a pay-per-view where the original atmosphere of extreme was recreated for one night only. Despite the slew of reunion shows and even the relaunch of the letters under the WWE banner, One Night Stand remains the only event since Heyman closed the doors in 2001 that seemed like a truly authentic ECW show. Fans were clamoring for the chance to relive the wild era of extreme and the rabid sold out crowd provided a rowdy environment for the broadcast. There wasn’t a sub par match on the card, but there were some particular highlights. Chris Jericho working with his longtime friend Lance Storm was a solid opener, the three-way dance saw Super Crazy moonsault from the balcony, Sabu battled Rhino for an entertaining bout, the Awesome/Tanaka bout stole the show, and Tommy Dreamer was put through a flaming table during an insane main event.

The show was touted as one of the best pay-per-view events of the year and many wondered if there would be a follow-up. With a reported 325,000 buys, the message was sent that there was obviously a demand for pro wrestling outside of the Raw and Smackdown brands, which had low points. The Raw brand centered around Triple H almost constantly during that time while Smackdown was clearly the B-show. The bottom line is, there was much more hype and anticipation around ECW in 2005 than anything on typical WWE programming. The Raw brand tried to answer with a HIAC match between Triple H and Batista that featured barbed wired on PPV just two weeks after One Night Stand.

In retrospect, what effect did the success of the original One Night Stand have on the industry?

Ultimately, it led to the “relaunch” of the brand the following year, which depending on who you ask, was either to bury or attempt to redefine ECW. Realistically, I don’t think WWE brass truly expected the Sci-Fi experiment to work because there was no logical reason fans would embrace an “ECW” show that barely resembled anything that initially gained popularity in the 90s. It was almost a win-win situation for Vince McMahon, either he added another revenue stream to his publicly traded company or worst case scenario, the nostalgic demand for Extreme Championship Wrestling diminished. As history shows, the ECW chants were finally quieted when the Sci-Fi show soured the audience on the extreme experience.

So, 12 years after the historic event at the Hammerstein, the ripple effect was that for one night, ECW was recreated and it allowed fans to witness an authentic return. However, the enthusiastic reaction to the PPV eventually led to a relaunch that was probably designed to bury the letters that generated such a diehard following in the 90s. As disappointing as it might sound, the entire situation almost emphasized that Vince McMahon decides the direction of the entire industry in the United States. Granted, the WWE has done relatively well showcasing the history of the sport, but with the expansion of the network, it makes it even more important that there are alternatives within the business. Everyone, even Vince McMahon, knows that a monopoly wouldn’t benefit the industry.